Louis Markos talks about the fourth chapter of his recently released book “From A to Z in Narnia with CS Lewis”, in which he relates an idea or aspect of CS Lewis’ writing to a unique letter in the alphabet.

Titles From This Author

You can’t practice the other virtues successfully if you don’t possess COURAGE.

Louis Markos talks about the third chapter of his recently released book “From A to Z in Narnia with CS Lewis”, in which he relates an idea or aspect of CS Lewis’ writing to a unique letter in the alphabet.

Titles From This Author

“Deborah and Barak son of Abinoam sang: When the leaders lead in Israel, when the people volunteer, praise the Lord.”
(Judges 5:1-2 HCSB)

Deborah encourages
One of the remarkable things about the OT Judge Deborah is her heart for God’s servant-leaders. She really cares that they prosper in God’s calling. Further, her passion to encourage leaders appears to play a big role in the positive change she helps usher into her culture.

While reading Judges 4-5 recently, I was struck by Deborah’s repeated delight in leaders who lead. Awed at her promotion of volunteerism and edification of leaders, I scribbled in my notes, “Is that true of us? Do the people who lead God’s people know we are for them?”

They should. Deborah’s character should be ours as well.

Fascinatingly, a few days after I wrote that note, I received two little gifts. One was a letter from a precious little girl that encouraged me to keep teaching truth. 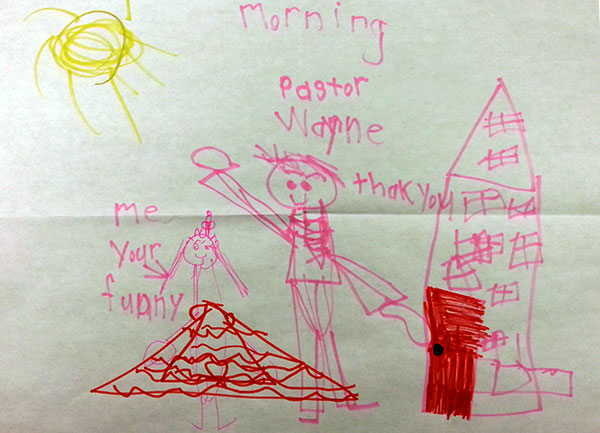 The other was a paperweight from a man at church – a rock that has the word “courage” inscribed on it.

Obviously, I am blessed with friends who are like Deborah. They inspire courage and call God’s servant to lead. I pray that I am like that and that you are as well. As Deborah knew, when we inspire leaders and volunteer it leads many to “praise the Lord.”

Most English departments in our nation have thrown out the concept of BEAUTY.

Louis Markos talks about the second chapter of his recently released book “From A to Z in Narnia with CS Lewis”, in which he relates an idea or aspect of CS Lewis’ writing to a unique letter in the alphabet.

Titles From This Author:

Bremerton High School in Washington has threatened to fire football coach Joe Kennedy if he continues to pray on his own in public after every game. Kennedy has not invited anyone to join him nor has he used his position to force his beliefs on his students. The coach has merely lived out who he is.

Amazingly, he has received support from very unexpected places. The Seattle Times ran a column which supported the coach’s stand for his prayer after games. Good Morning America ran a very positive story, as have most news organizations. Last weekend the short video from KIRO 7 News in Seattle went viral. It showed Kennedy surrounded by fans, players, and coaches from the team they had just played – all taking a knee with Coach Joe.

While all that is beautiful and encouraging, the backstory is even more incredible. Wait until you hear…the rest of the story [we miss you, Paul Harvey.]

I am blessed to worship every week with some attorneys from Liberty Institute – a bold and brilliant firm that fights for American’s religious freedom. My friend Hiram Sasser is their amazingly successful chief litigator. Hiram is serving as Joe Kennedy’s counsel in this case and was there last Friday as the other team and fans surrounded Kennedy while he silently prayed. Yet between that scene and the post-game press conference, something remarkable happened, something that shows the power of long-term commitment.

“We were walking from the field toward the press conference and came up to an old man standing in Coach Joe’s path. Joe didn’t immediately recognize the man. The old man called out his name and Joe immediately embraced the man and began crying. It seemed the elderly fellow could hardly hold the coach up.

Turns out this man was a counselor at the boys’ home where Joe Kennedy spent his teens years. Joe had a difficult childhood spent mostly in foster homes and was always in trouble. He was so troubled that Joe ended up in a boys’ home. The counselor was a Christian. He loved Joe and tried to reach him by sharing God’s truth and love, but Joe wasn’t ready.

Joe entered the Marines and many years later became a Christian when those old dormant seeds of God’s love burst forth and took root. God had used the love of an old guy – a man who saw no visible fruit of his efforts for years – to change an troubled young man into a godly leader of young men.

As the two men hugged, Joe’s old mentor said, “I drove six hours to see you tonight because I thought you might need a little support.”

Many of the Christians I know are investing in the lives of people all around them. Some of those brethren are weary. They feel stuck in a rut or see no visible change. I pray for each of us that we will not grow weary in doing good, that we will not stop driving long distances to offer support. We never know when the eventual fruit of our investment may become viral.

Titles From this Author:

ASLAN is not an allegory for Christ but the Christ of Narnia.

Louis Markos talks about the first chapter of his recently released book “From A to Z in Narnia with CS Lewis”, in which he relates an idea or aspect of CS Lewis’ writing to a unique letter in the alphabet.

Titles From This Author:

“Your beauty should not consist of outward things like elaborate hairstyles and the wearing of gold ornaments or fine clothes. Instead, it should consist of what is inside the heart with imperishable quality of a gentle and quiet spirit, which is very valuable in God’s eyes.”

I recently taught through Peter’s brilliant scripture on inner beauty and received this great note from a friend on the subject:

“Love the ideas here. I was thinking about an English professor I had in college who we called “La Bruja,” (witch in Spanish). She had severe black hair parted down the center, wore only business suits and black pumps and even had a large nose and beady eyes. She was to say the least, intimidating! However, over the course of the semester, she became to me an enchantress of the highest order, my Galadriel! Her beautiful mind opened up for me the glories of the Bronte sisters, Thomas Hardy and Charles Dickens. By the end of that class, not only did I find her one of the most fascinating, brilliant and poetic persons that I had ever met, but also one of the most beautiful! Her inner intellectual light and delight completely transformed her rather severe features into a medium of grace to me and to my classmates. We had all been afraid of our prof because of her stern appearance, but after being confronted by her greater mind and heart, we all thought her thoroughly lovely. This was the first time in my life that I understood true beauty’s source was the spirit.”

That note moved me to pray for myself and each of us: that through God’s work in us many more people would understand that beauty’s true source is the spirit.

Titles From this Author:

Notice: Some purchases have been paused due to their "Out of Stock" status. Dismiss